How does the board plate blister?

Circuit board plate blister is actually a bad board adhesion problem, and then extended is the surface quality of the board, which contains two aspects:
Board cleanliness problem;
Surface roughness (or surface energy) problem.

All boards on the board surface foam problems can be summarized as the above reasons. 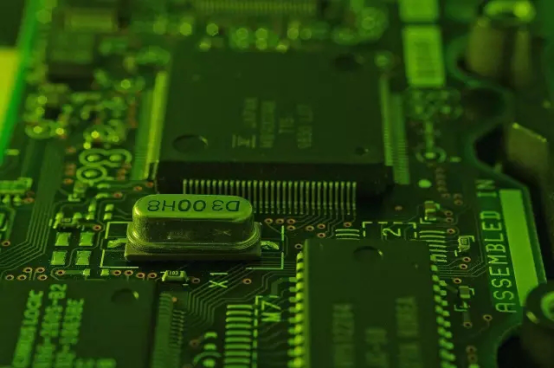 It is possible to summarize some of the factors that may cause poor quality in the process of production and processing:

Substrate processing problems:
Especially for some thin substrate (generally 0.8mm below), because the substrate stiffness is poor, not with the brush board brush plate.
This may not be able to effectively remove the substrate during the production process to prevent the plate copper foil oxidation and special treatment of the protective layer,Although the layer is thinner, the brush plate is easier to remove, but the use of chemical treatment there is a big difficulty, so the important attention in the production and processing control, so as not to cause the board substrate copper foil and chemical copper between the poor adhesion caused by the board Surface blistering problem; this problem in the thin inner layer of black, there will be black and poor brown, uneven color, local black brown is not on the issue.

The surface of the board in the machining (drilling, laminating, milling, etc.) caused by the process of oil or other liquid contamination of dust pollution caused by poor surface treatment.

Shen copper brush bad:
the copper front plate pressure is too large, resulting in deformation of the orifice of the mouth of the copper foil corners or even hole leakage hole substrate, so that in the process of copper plating， tin plating and other processes will cause the phenomenon of hole blistering;Even if the brush plate does not cause leakage of the substrate, but the heavy brush will increase the orifice of copper roughness, and thus in the process of micro-euthanium coffin where the coarsening can easily produce excessive phenomenon, there will be a certain dangers on the quality hazards ;Therefore, we should pay attention to strengthen the control of the brush plate process, through the wear test and water film test brush plate process parameters to the best policy;

Washing problems:
Because the copper plating treatment to go through a large number of chemical treatment, all kinds of acid and alkali and other organic solvents and more solvent, the board is not clean, especially the copper adjustment agent,Not only will cause cross-contamination, but also cause poor local processing or poor handling effect, uneven defects, resulting in some of the binding aspects of the problem;Therefore, we should pay attention to strengthen the control of washing, including cleaning water flow, water quality, washing time, and board drip time and other aspects of control; especially winter temperatures are low, washing effect will be greatly reduced, but also pay attention to the strong Washing control;

Pretreatment of copper and micro-corrosion in pre-treatment of pattern plating:
Micro-erosion will cause excessive leakage of the substrate, resulting in the phenomenon of blistering around the mouth; micro-corrosion will also cause insufficient bonding force, causing the bubble phenomenon;So to strengthen the control of micro-erosion; general copper pretreatment of the micro-etching depth of 1.5 — 2 microns, pre-treatment of micro-corrosion in the pattern of 0.3 — 1 micron, the best conditions through chemical analysis and simple test Weighing method to control the micro – etching thickness or erosion rate;Under normal circumstances micro-erosion of the board after the bright color, for the uniform pink, no reflective; if the color is not uniform, or reflective description of the process before the existence of quality hazards; attention to strengthen the inspection;In addition, the copper content of the micro-etching tank, the bath temperature, the loading amount, the micro-etching agent content and so on are the items to be paid attention to;

Heavy copper rework bad:
Some sunken copper or graphics after the rework ,in the rework process because of poor melting, rework method or rework the process of micro-erosion time improper control or other reasons will cause plate blistering;the copper plate rework if the copper can be found on the line can be washed directly after washing from the line after acid pickling without corrosive direct rework; it is best not to re-oil, micro-erosion; for the board has been thick plate, Should now be micro-corrosion tank chrome plating,Pay attention to time control, you can first use one or two panels to measure the melting time, to ensure that the effect of faded; faded after the completion of the application of a group of soft brush after brushing brush and then press the normal production process Shen copper,But the micro-erosion time to halve or make the necessary adjustments;

Plate in the production process of oxidation:
Such as the copper plate in the air oxidation, not only may cause the hole without copper, rough board, but also cause the board blistering;Copper plate in the acid storage time is too long, the board will be oxidized, and this oxide film is difficult to remove; so in the production process the copper plate to timely thickening, should not be stored for too long, generally at the latest 12 Hours to thicken copper finish;

The activity of copper is too strong;
In addition, the copper content is too high, which causes the bath activity to be too strong, the chemical copper deposition is rough, the hydrogen, the cuprous oxide and so on are mixed in the chemical copper layer Excessive defects caused by the degradation of the physical properties of the coating and the poor adhesion;It can be appropriate to take the following methods can be: to reduce the copper content, (to the bath to add pure water), including three components, appropriate to improve the complexing agent and stabilizer content, appropriate to reduce the temperature of the bath;

Organic pollution in the plating tank, especially oil, is more likely to appear for automatic lines;

Before the copper plating dip tank should pay attention to timely replacement, too much pollution in the bath, or copper content is too high, not only will cause board cleanliness problems, but also cause rough surface defects;

In addition, some factories in the winter production of the bath is not heating the case, but also pay special attention to the production process of the board into the slot, especially the air mixing tank, such as copper and nickel;For the nickel tank in winter, it is best to add a warm water bath before plating, (water temperature of 30-40 degrees or so), to ensure the initial deposition of nickel layer is very good.
In the actual production process, causing a lot of reasons for the plate blistering, I can only do a brief analysis of the different manufacturers of equipment, technical level may be caused by different causes of blistering, the specific circumstances to specific analysis, not general, ;The reasons for this analysis, regardless of primary and secondary, the basic production process in accordance with the brief analysis, in this series, just to provide a solution to the problem and a broader perspective, we hope that the process of production and problem solving Aspects can be helpful.